Do Not Sell My Personal Information 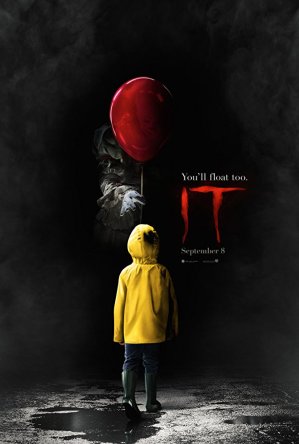 In the summer of 1989, a group of bullied kids band together to destroy a shape-shifting monster, which disguises itself as a clown and preys on the children of Derry, their small Maine town.

Anyone who sees it has most likely seen the mini-series with Tim Curry as Pennywise from 1990, which the majority tries desperately to forget by now. This one has more visual technique and style that is imminent more appealing than what the first adaption will ever achieve.

With Bill Skarsgård, as Pennywise the dancing clown, he puts another tone for the unpleasant antagonist. He puts a strong tone, even if he is to many times and to the crowd, it shows that he is doing what is to be done. He acts as a credible scare element along with the youth.

Unlike the book and the mini-series, this is not happening in the 1950s but in the 80s, suggesting that the upcoming film with the adult ensemble, will be played out in our own time (the 2010 ‘s). The characters from The Book are almost perfectly reflected and give each member of The Loser Club a distinctive move. Everyone has a problem that characterizes them and personifies each character, making it easier to follow along with the action and become interested. In addition, the R-rated stamp works excellently here and the film tries to exploit it, which is the better for credibility.

Andy’s distorted version where the characters are faced with various unpleasant scenarios, like Beverly’s scene with the bathroom, covered in blood, has been improved. In addition to Skarsgård, which is one of the most famous of the cast, is most likely Finn Wolfhard from the Netflix  Stranger  Things(2016-). In character such as Richie, Finn is faded and swears at regular intervals. The cast manager has done a sterling job. With bowls such as  Jaeden Lieberher  (Bill), Jeremy Ray Taylor (Ben), Sophia Lillis (Beverly, Chosen Jacobs (Mike), Jack Dylan Grazer  (Eddie) and Wyto  Oleff  (Stanley), it is Mainly  Jaeden, Sophia, and Jack who actually deliver fully in their roles.

However, it doesn’t just have to be how their achievements. It can also be a lot in the script work and Regin as Andy made a part. But the three actors feel the best-developed characters throughout the film. They are those that are interesting and have the most dialogue that defines them.

Unlike many films, Adaptions, based on Stephen King’s novel, this one is well made. It is attractive, interesting and strengthens its premise in an adequate way – to meet their fears. The subtle imagery and pure visual work are very much based on how the characters behave and it works. It feels engaging and innovative in relation to how Kings ‘ novels have previously dealt with. Here they have tried to make it unpleasant, scary and it is a horror movie with a workable storyline, even if it is character-driven.

The screenplay follows the characters in-depth and does not take the emotional distance that the mini-series did in the 1990s. Here you go into the depths of several characters and you treat these children gently, which makes the film’s absurd world realistic. It also reflects the different time periods through various film titles that lurks a little in the background. There is also a reference to Tim Currys Pennywise in a scene.

You know what it is for a film if you have an eye, it’s not like all the other horror films but sticks to its model and do a solid job – enough for it to be worth watching in the cinema. Hopefully, they lift the ceiling even higher with Chapter Two.